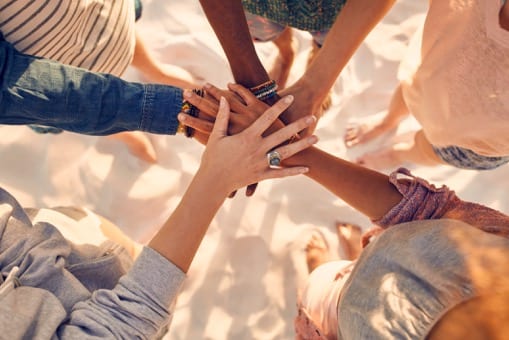 I coach a lot of strong, smart, independent women. And there is something I want you to know.

Just because they are strong and smart and independent, doesn’t mean that stuff isn’t affecting them.

It doesn’t mean that currently being partnerless or financially under pressure or a single mum or childless isn’t totally killing them inside.

It just means they are very good at not showing it.

Just because they get on and they deal doesn’t mean some days are not super hard.

It just means they are not asking for help.

I see so many, TOO FREAKING MANY, smart, independent women who are RADICALLY UNSUPPORTED.

Unsupported because THEY DON’T FIT INTO A PARTICULAR BOX.

Because they don’t fit at the school gates. Or at the dinner parties that are all partnered up. Or the camping trip of big family fun. Or the fancy restaurant where avo on toast is twenty bucks.

So, they are excluded. Not deliberately, not at all, but by oversight. But excluded they are.

And they can feel alone. And like they are a bother. And that no one sees them.

And so they just put their game face on with a cheery “I’m fine!” and rock on.

But underneath they are RADICALLY UNSUPPORTED.

I don’t think any of us want that and I honestly think we can do better.

I think smart, independent women who are hurting can get FAR better at reaching out – saying – “Y’know, I need a hand or a hug here” – without it compromising their identity of being smart or independent – which is, by the way, the main quality of self definition that gets them through the inadvertent exclusion.

I think societally we can be better at supporting those who look like they don’t need support but actually do.

Look up. Listen Up. What’s NOT being said?

That friend of yours, who always looks like she permanently has her shit together and her game face on, and doesn’t need your help or invitation: I bet you she needs it more than you can imagine.

I am seeing more smart, independent women – who don’t fit the box – being radically under supported than ever. By accident, not by design. It’s a trend. It’s increasing. I don’t like it.

She might appreciate it a lot more than you imagine.

And if it’s you, if you are the smart, independent woman who is feeling unsupported, it doesn’t make you weak to reach out and ask for what you need. It’s a show of strength. Speak up. Lean harder.

We are all in this together.

You can get my book “101 Self Care Ideas that are not “drink more water or have another damn bubble bath” for just $17 (instead of $29) today.
Grab it here. It’s pretty. You will love it.
PrevPreviousRegrets … I’ve had a few …
NextControl the ControllableNext