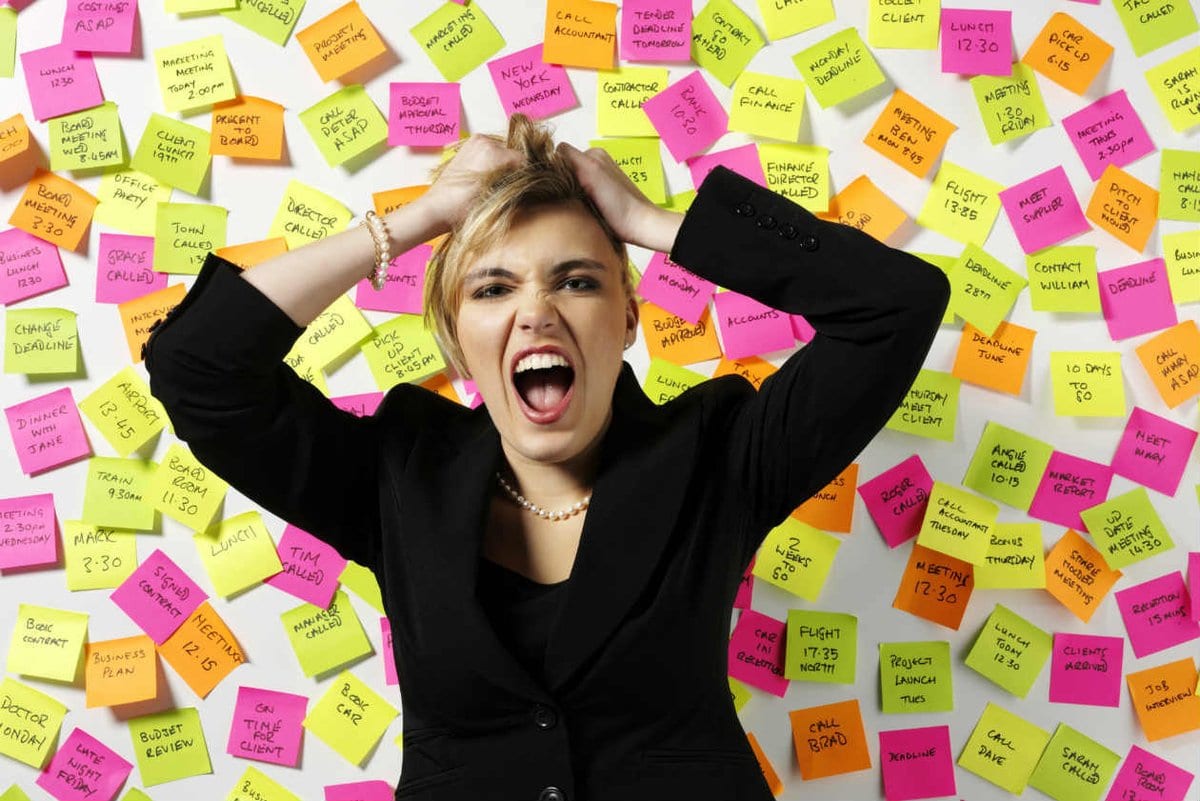 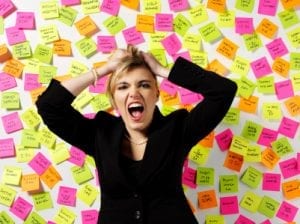 Lots of feedback on my blog last week about dealing with overwhelm. Seems there is a lot of it out there! So many people feeling that they just can’t get everything done because the unexpected just keeps cropping up at work; or something takes longer than we thought it would at home; or we help someone out and it feels good but it takes up a whole chunk of time we weren’t anticipating. The To Do list continues to loom and we feel like we are just not achieving. When we haven’t got done what we felt we needed to it becomes very stressful, especially if that happens day after day. That’s when the sensation of overwhelm sets in. That if only we could just “catch up” everything would be okay.

Well, here’s a simple little trick I use to help keep life under control, prevent overwhelm and get stuff done and off the list. It comes from my days in newspapers where “stuff just comes up” all day, every day. Newspapers are a demanding beast that generate ad hoc projects, task, problems, people issues, all the time. It’s probably the same where you work. So, what’s my secret for dealing with this before it becomes overwhelming?

It’s actually deceptively simple. If I accept that I work somewhere where ”stuff just comes up” I can stop fighting it and stop being annoyed by it. When I am fighting it, my mind is stressed, I achieve even less and I am grumpy and impatient with my husband and colleagues because in some way I feel it “shouldn’t be happening”. When I am fighting the reality of a busy workplace I think that my To Do list shouldn’t keep being interrupted. BUT, if I accept that I work in an environment which is actually pretty fast moving where stuff comes up, it just does, and it always will, it’s the nature of the beast, I can stop fighting it. Accept it. It’s not that I can’t deal with stuff, or I need to work harder, later or whatever, I just need to accept I work in a very fluid and fast environment.

If I accept this then instead of fighting it I can put my energy into a simple solution. My solution is to create “The Catch Up Day”. It’s a day I lock into my diary at the start of the year, recurring once a month, usually the last Friday of the month. It’s blanked out in my diary so no appointments can be booked by me or anyone else. It’s a day purely dedicated to catching up. To getting back on top of the things that didn’t get done because something else just “came up” so they don’t languish forever on my To Do list. It’s a real high energy day as I have nothing else scheduled so I can focus purely on catching up on the stuff that has inevitably been pushed. I also find at this point that there will be a few items that I thought were important at the time they got pushed that when, 3 weeks later, I come to my Catch Up list I don’t actually need to do them anymore. They are not as important as I thought, or more usually they have somehow magically solved themselves in the meantime.

My Catch Up Day keeps my stress levels down through the month as I have somewhere for the pushed work to go (It’s on the list for The Catch Up Day), so I don’t worry about it any longer.

What I have found is that the stressful thing isn’t that “stuff keeps coming up”, it’s that there isn’t anywhere else for it to go. By creating The Catch Up Day and diarising it in with a running list I am prepared for the unexpected, for the stuff that will just “come up” and push my days. Because I am prepared, I am so much less overwhelmed. I feel back in control.

What’s that you say? What if I get to Catch Up Day and there is nothing on my list to catch up on? Well, that’s easy. If I am that far ahead and under control then I will reward myself go to the beach or take a long weekend!

Stop fighting overwhelm today and diarise a Catch Up Day once a month (every two months, whatever feels right for you) and see how much clearer you feel.

You can get my book “101 Self Care Ideas that are not “drink more water or have another damn bubble bath” for just $17 (instead of $29) today.
Grab it here. It’s pretty. You will love it.
PrevPreviousIs Yoga For You? The 6 Questions You Need To Ask Yourself For A Personal Wellbeing Revolution.
Next10 Secrets to Inbox NirvanaNext